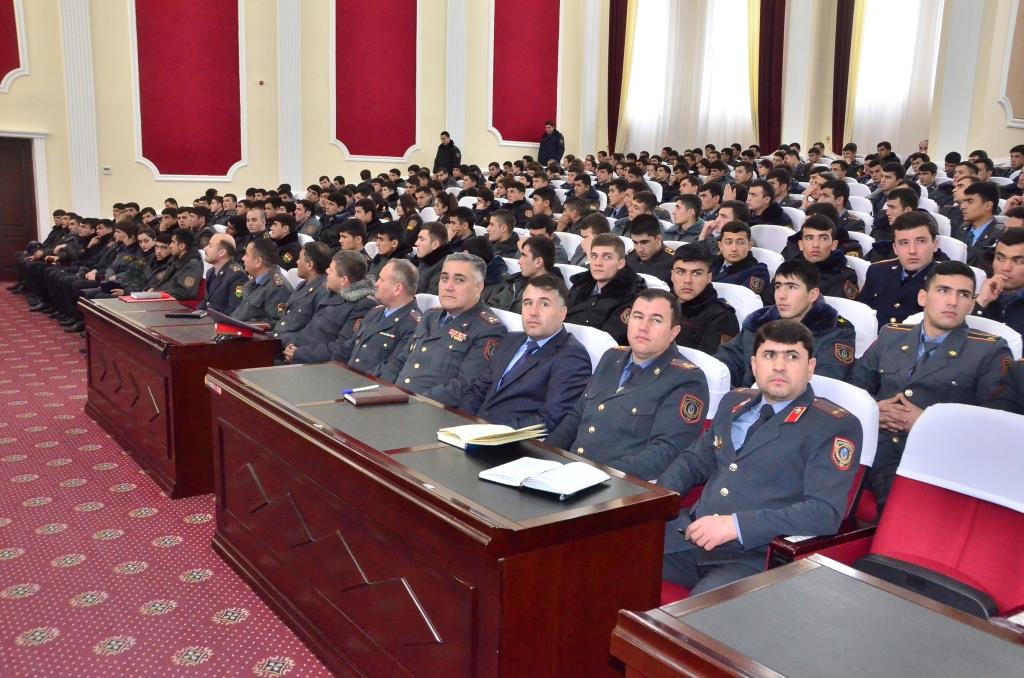 On January 14, 2019, in the light of the guidelines of the Founder of Peace and National Unity, the Leader of the Nation, President of the Republic of Tajikistan, respected Emomali Rahmon to Majlisi Oli, based on highly substantive principles, met with the Personal Minister of the Republic of Tajikistan, Militia Colonel General Rahimzoda Ramazon Hamro met with the staff of the Academy of the MIA, and appreciated the significance of this document.

The Interior Minister, Militia Colonel General Rakhimzoda Ramazon Hamro, emphasized to persons present about the execution of instructions and instructions of the Leader of the Nation, about observance of official discipline, training qualified personnel meeting the requirements of the modern world in the fight against terrorism, extremism, separatism and other undesirable phenomena. The cadets of the Academy of the Ministry of Internal Affairs called for respect of national values, because the mission of each of us today is to preserve national values, peace and security on earth, to increase knowledge, to study science, in order to become a qualified specialist of the internal affairs bodies in the future.
Young people should develop in the spirit of self-determination, patriotism and creativity, and a constructive desire for a healthy lifestyle and well-being, to protect and love their homeland, to honor adults and parents - the Minister of Internal Affairs said.
In fact, each of the points of the next Message of the Leader of the Nation is addressed to the youth, and that the youth is the future of the country.