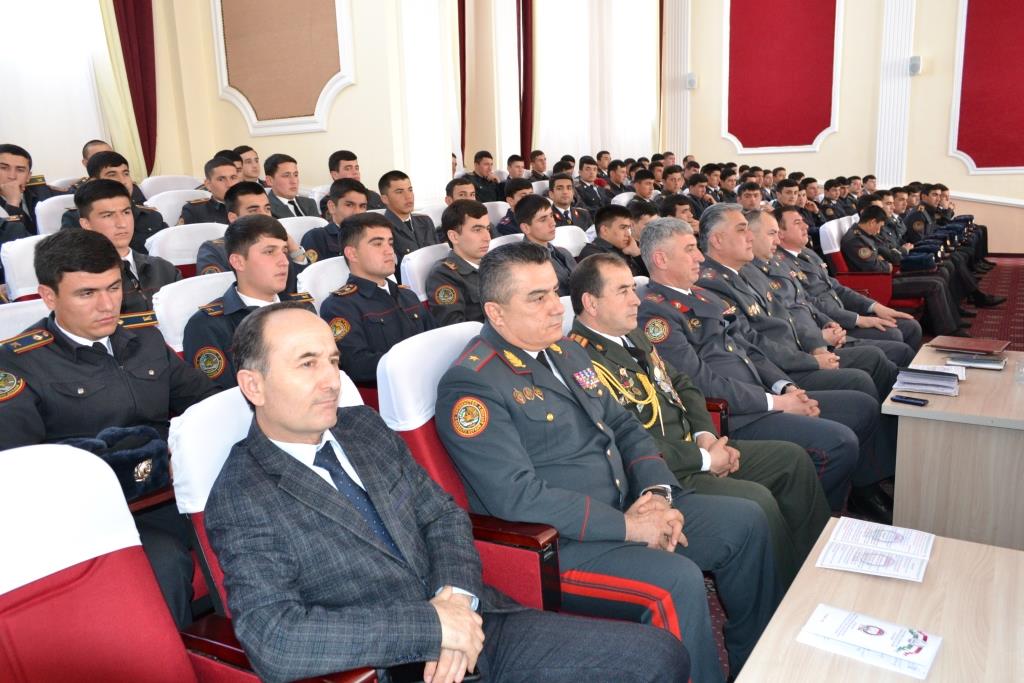 On February 21, a solemn celebration of the National Army Day took place in the cultural hall of the Academy of the Ministry of Internal Affairs with the participation of the Head of the Academy of the Ministry of Internal Affairs, Associate Professor, police Major General Sharifzod Faizali Rahmonali, guests and veterans of the Armed Forces, scientists, faculty, cadets and staff. The festive event began with the performance of the national anthem, and then the head of the Academy recalled the historical moments of the creation of the National Army and the great merits of the Founder of Peace and National Unity - the Leader of the Nation, the President of the Republic of Tajikistan, dear Emomali Rahmon.
During his speech, he made a report on the development and improvement of the national army at various historical stages and congratulated those present on the onset of this significant date.
As he noted, we must keep up with the hard work of the Supreme Commander of the Armed Forces of the country, respected Emomali Rahmon, and universal peace and stability, always be ready to maintain national and state interests.
In continuation of the festive circle, the reserve Colonel of the Ministry of Defense of the Republic of Tajikistan A. Zakov made a detailed report on the topic "The National Army is a native of the period of independence". Other participants of the event, including teachers from Sadriddin Aini GDOT and the Academy of the Ministry of Internal Affairs, made presentations on the topics "Istiqlol and the national army" and "patriotism is the main factor in countering extremist opinions."
In the second part of the event, the amateur team of the Academy presented a grand concert program, the content of which consisted of patriotic songs and songs.
B. Aslamov,
G. Ubaydulloev