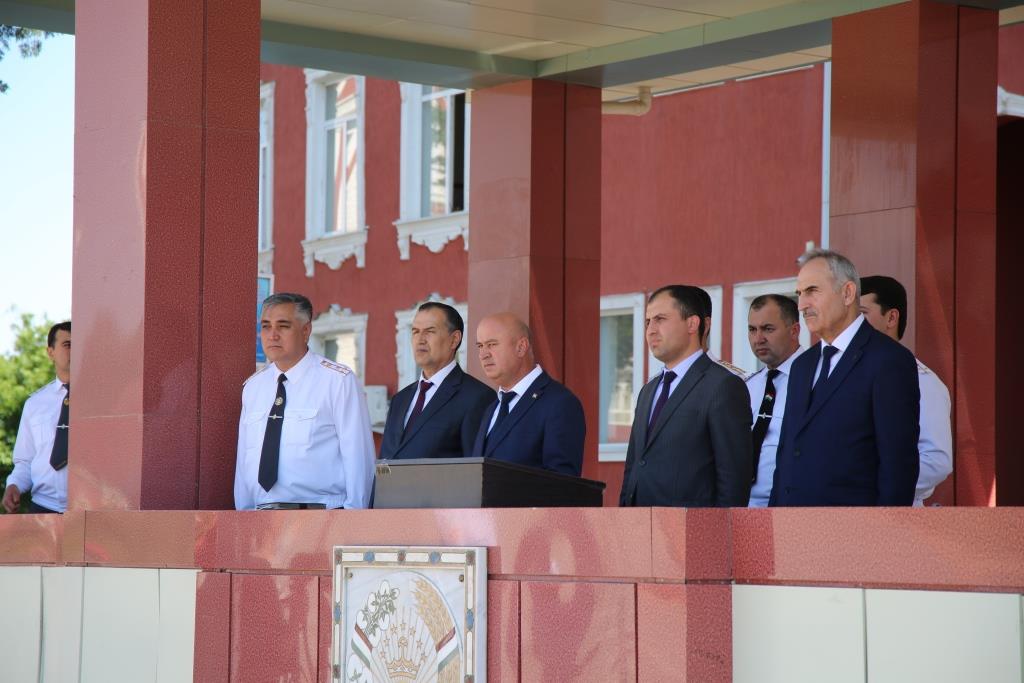 Today (14.05.2021), on the direct initiative of the Minister of Internal Affairs, Militia Colonel-General Rahimzoda Ramazon Hamro, the Academy of the Ministry of Internal Affairs hosted a forum and a republican exhibition of achievements of young employees of the internal affairs bodies entitled "The role of youth for 30 years of Independence: achievements and prospects", in honor of the celebration of the 30th anniversary of the State Independence of the Republic of Tajikistan.
At the beginning of the solemn event, the guests, active youth of the country and participants got acquainted with the scientific and sports achievements of the Academy of the Ministry of Internal Affairs, as well as with a military march and a review with weapons performed by female cadets of the Academy and paid tribute to their professionalism. 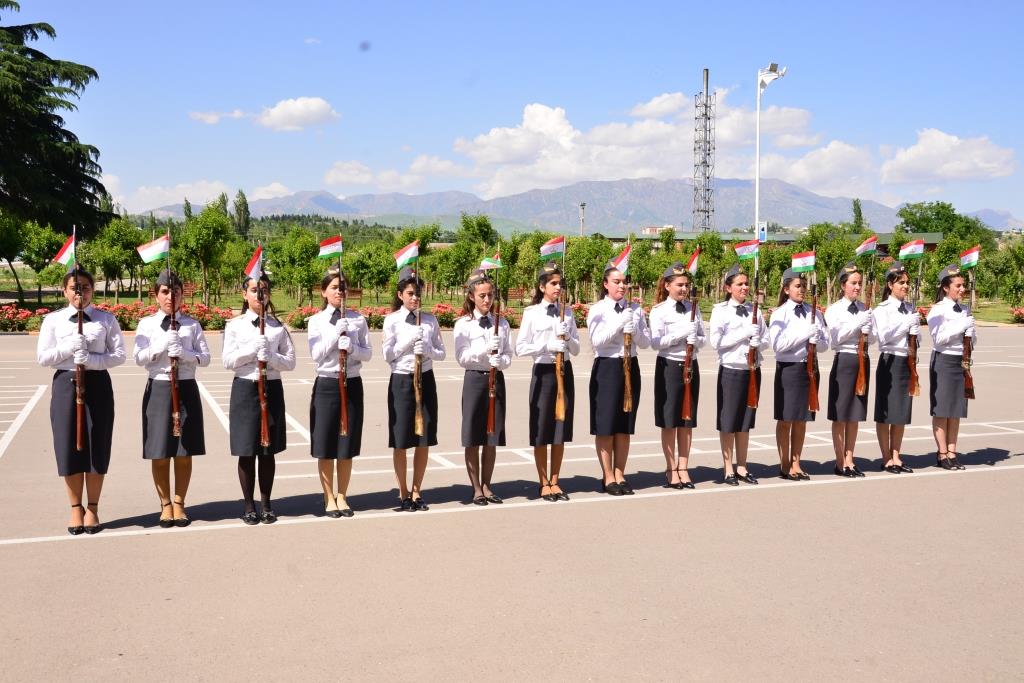 The solemn event was attended by the Deputy Minister of Internal Affairs of the country, Militia Major General Hamidzoda Barotali Partov, Deputy Chairman of the Committee on Youth and Sports under the Government of the Republic of Tajikistan Rizo Nazarzoda, Head of the Department Prevention of Offenses among Minors and Youth of the Ministry of Internal Affairs Militia Colonel Bukhorizoda Mansur Goib, retired Colonel Nosir Nazarzoda, active youth of the country, employees of the central office and divisions of the internal affairs bodies, teachers and cadets of the Academy of the Ministry of Internal Affairs.
After the collective performance of the National Anthem, the event was opened by the Deputy Minister of Internal Affairs, Major General of the militia Barotali Hamidzoda, who noted that the state independence was not easy for our people, since in the first years of Independence the new state was drawn into the whirlpool of the imposed war. However, thanks to the wisdom and greatness of our civilized nation, its selfless and patriotic sons, our long-awaited Independence was saved from this abyss. The happiness of the Tajiks was that the worthy son of the people, the Founder of Peace and National Unity - the Leader of the nation, the President of the Republic of Tajikistan, the respected Emomali Rahmon, took over the management of the state at this difficult moment, and with his usual wisdom and power managed to choose the right directions for the salvation of the nation and the prosperity of the state. The head of state, Emomali Rahmon – is the greatest person who gives all his strength to the people and has patience and endurance. All the transformations of the period of Independence, the opening of the greatest structures of the century, the construction of power plants, roads and tunnels, the increase of national pride, education, and patriotism also indicate the great trust of the people in the country's President Emomali Rahmon and in the bright future of Tajikistan. Today, the people of Tajikistan are on the eve of a grand celebration of the 30th anniversary of State Independence, and participation in such an event is the pride of every citizen of the country.
Continuing his speech, the Deputy Minister of Internal Affairs spoke about the achievements and progress, the role of the Leader of the Nation in strengthening the Independence of the country and the contribution of police officers in this process, and noted that the employees of the internal affairs bodies are always ready to fight in the defense of the state and the nation, the prevention of offenses and the preservation of the rule of law. In conclusion, he once again congratulated those present on the upcoming holiday. 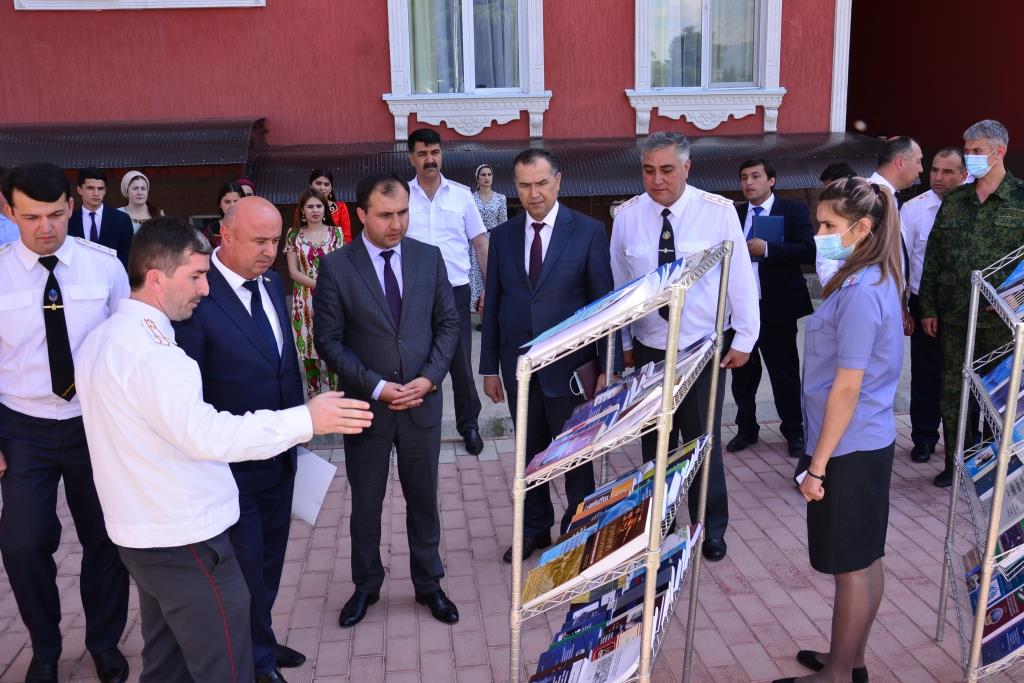 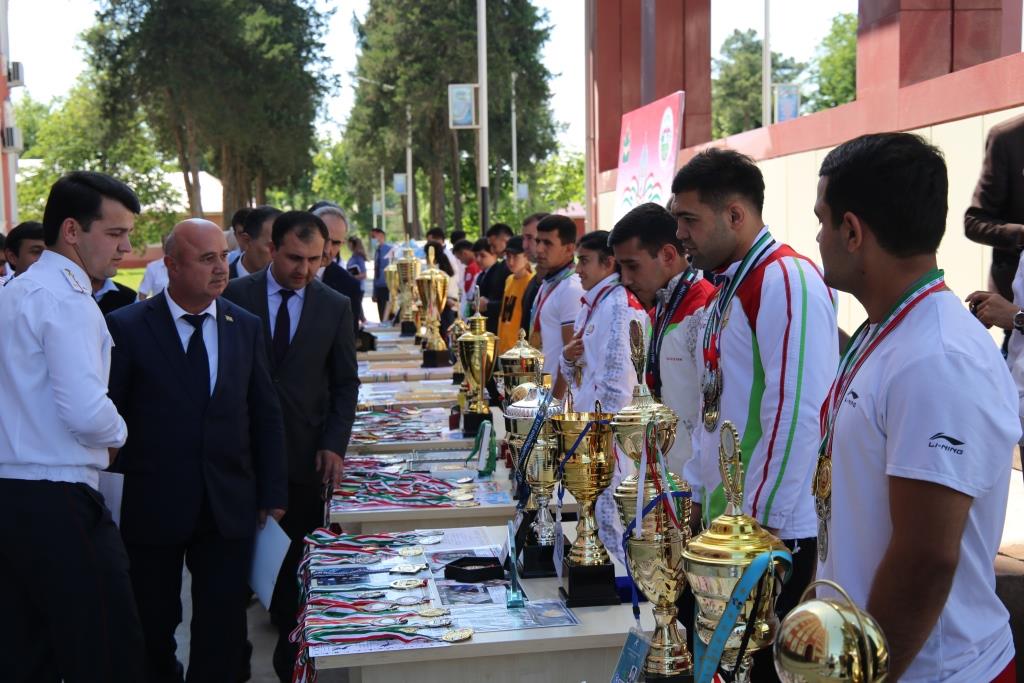 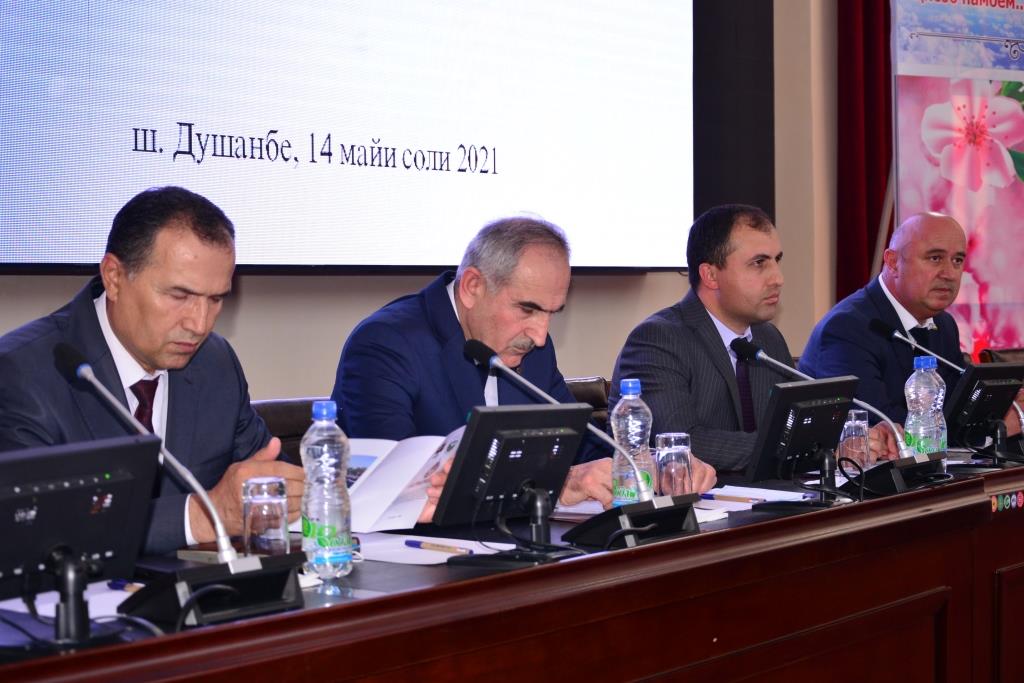 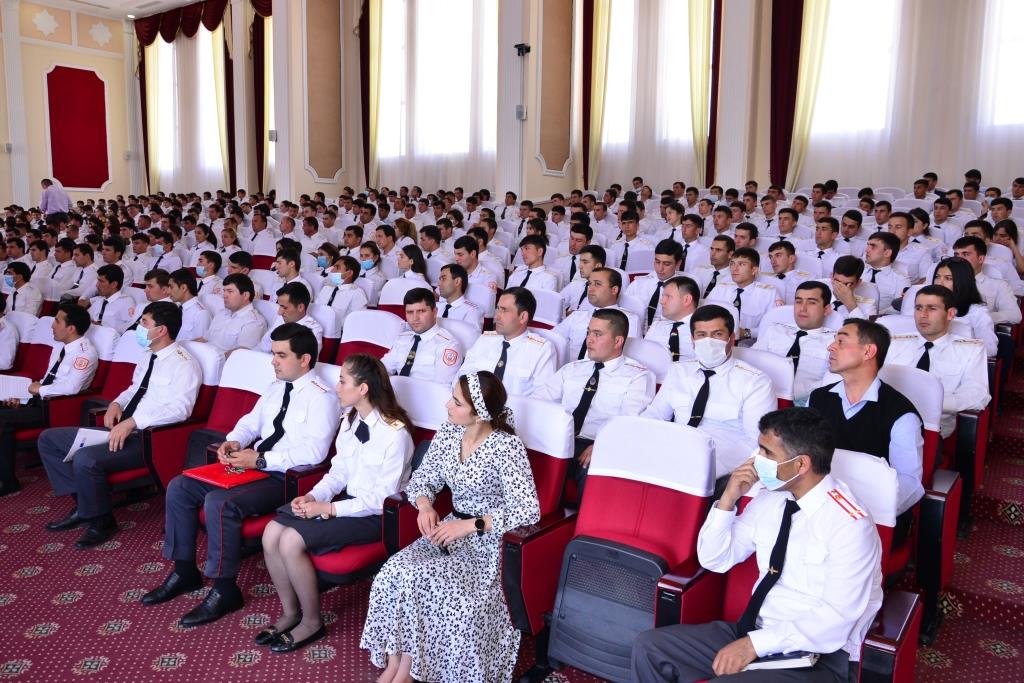 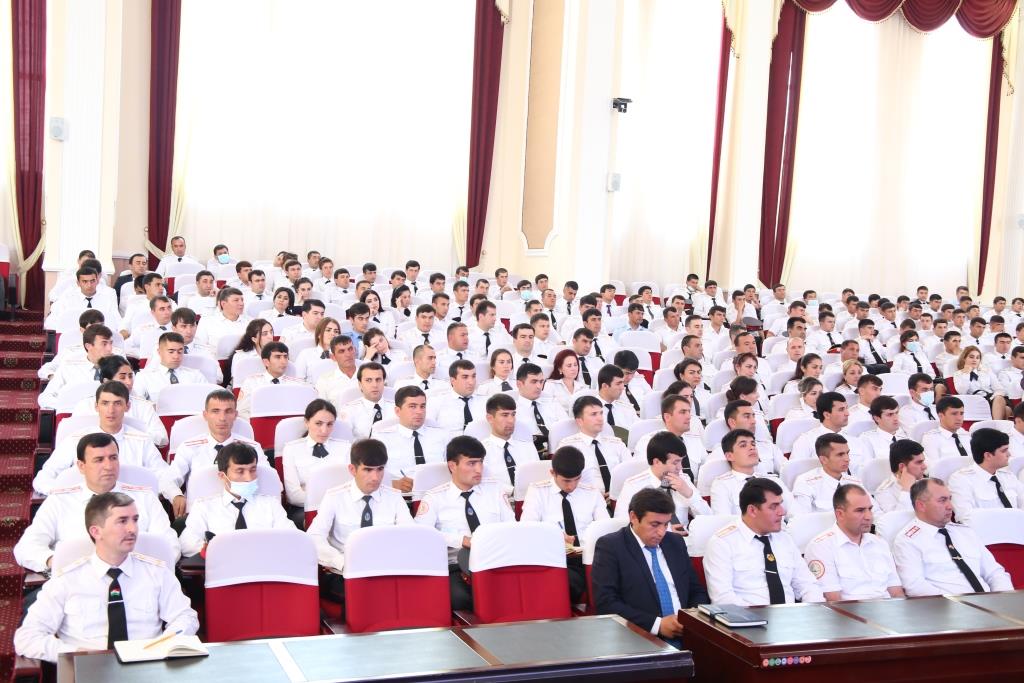 In continuation of the event, Deputy Chairman of the Committee on Youth and Sports under the Government of the Republic of Tajikistan Rizo Nazarzoda spoke and expressed gratitude to the leadership of the Ministry of Internal Affairs and the Academy of the Ministry of Internal Affairs for holding such a solemn event. In his speech, he also spoke about the role of the Leader of the Nation in strengthening State independence, the development and progress of the Independence period, the contribution of conscious and patriotic youth to the development and prosperity of the country.
Then Doctor of Law, Professor, retired Colonel Nosir Nazarzoda made a report on the topic "Youth and development of independent Tajikistan", Academy teachers and cadets of the Academy spoke on the topic "The role of women in the internal affairs bodies during independence", "Development of national legislation in the field of protection of the rights and interests of minors and youth", "The role of internal affairs bodies in ensuring human rights and freedoms during Independence".