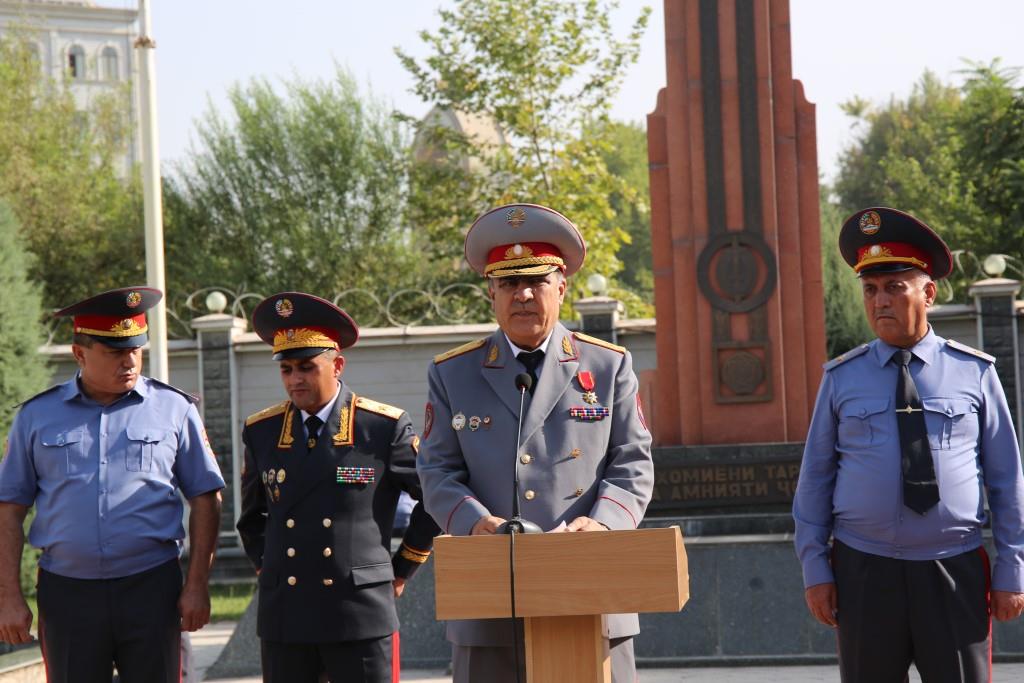 Further, the Deputy Minister of Internal Affairs, Major General of the Militia Umarzoda Ikrom congratulated cadets, young militia officers and parents on such an unforgettable day and wished them good luck in their work.
It was noted that service to the state and people is a matter of pride for every citizen of the country. During the event, some military exercises were shown by cadets and young officers of the Ministry of Internal Affairs.
Parents and relatives also expressed gratitude to the leadership of the state and the Ministry of Internal Affairs and noted that today will remain in their memory for a long time.
The event ended with a parade march.
Abdullosoda Ehson
Saidzoda Murodali